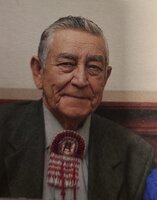 Reverend Wm. Art Brant, of Tyendinaga Mohawk Territory, unexpectedly went to be with the Lord on Thursday, December 9, 2021 in his 87th year.

Dad lived a life that was full and joyous.  He did many things, from being a structural welder for years in Rochester, New York and later a Bus Driver for Quinte Mohawk School.  When he retired, he fulfilled a lifelong dream of becoming a Reverend, and officially became ordained in 2009.  He was the Reverend in Akwesasne at the Assembly of God church, where he met and helped many.  Later in life, Dad moved to Pawnee, Oklahoma for the winters and continued to practice Ministerial services occasionally.

Anyone who knew Dad, knew he had a great sense of humour.  He was always quick to make a joke or tease one of the kids .  His kind and jovial spirit was always present.  Dad was also a great musician.  He could play many instruments, that were all self-taught, and would always be willing to play some tunes.  Dad always enjoyed visits with family and friends whether by phone, email or zoom.

Goodbyes are never easy.  Earth lost an angel and heaven gained one.  Memories and thoughts of this amazing, kind, and caring man will stay in the hearts forever of those who knew him.

Predeceased by his parents, Benjamin and Nellie Brant; his siblings Gordie, Joe and Roberta, his former wives, Margie, mother of his children and wife of 43 years and Viola, wife of 12 years.

Family and friends will be received at Smith & Son Funeral Home on Monday, December 27, 2021 between the hours of 2:00 – 4:00 p.m. and 6:00 – 8:00 p.m.  A private family service will take place at the Deseronto Pentecostal Church.  Interment to follow the service in Mohawk Pentecostal Cemetery.

Contributions in memory of Dad can be made to the Canadian Diabetes Association or the Belleville General Hospital Foundation.

To view the funeral service please go to HTTP://TMPC.CA/FUNERAL