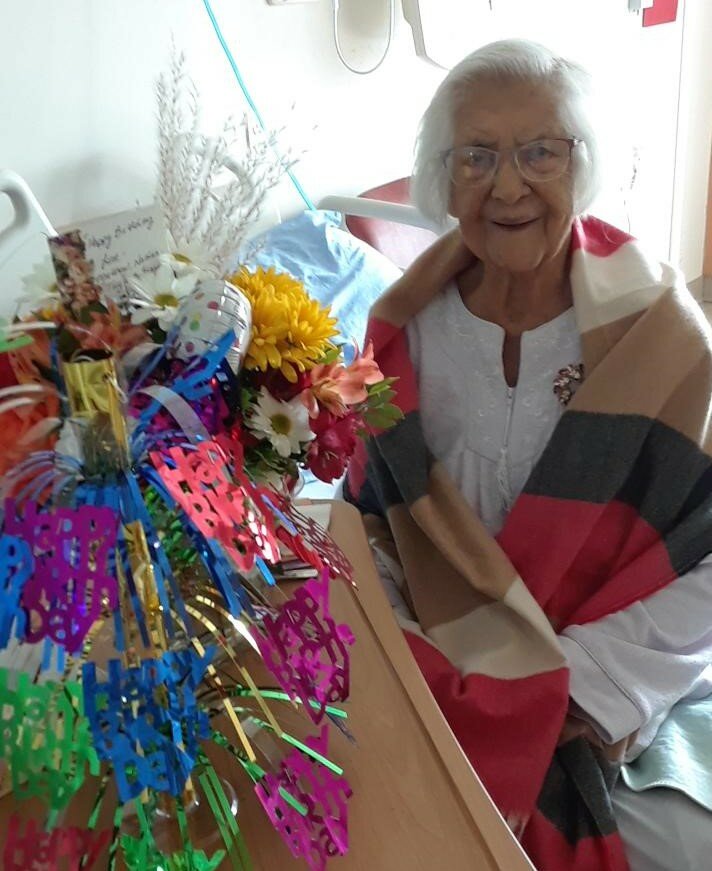 Eleanor died peacefully at home, surrounded by her family, in her 96th year, on the afternoon of the 26th of January. Born into the Turtle Clan of the Mohawk Nation, she was the eldest child of the late Johnson Brant and Muriel Green, and the cherished sister of †Joan Maracle (†Ken), †Arnold (†Dorothy), Carl (Gloria), Roy (Kathy), Lester (†Brenda), Richard (Gail), Willard (Caroline), Dan (Roberta), and †Cheryl, all of Tyendinaga.

In the finest of Mohawk tradition, Eleanor was a woman of great strength, determination, and resilience. Until recent years, she was always on the go, often not to be found at home, out on some excursion, running errands, or visiting others. Eleanor was known for her sewing and quilting, cooking and baking, her extensive collection of tea pots, and showing endless hospitality to all, becoming an honourary gramma to many students from the FNTI flying school who boarded with her.

Eleanor was a lifelong resident of the Tyendinaga Mohawk Territory, where she was born, lived her life, and died on her father’s farm. The old house on the hill was the centre of family life, and even after she rebuilt the homestead, she continued to welcome her siblings to “their home.” While it wasn’t the same house where she was born so long ago, it was that same home where she died, bringing the family together as she always had.

Eleanor was a long-time member of the Pentecostal church and she died as she lived, trusting in God, going on ahead to reunite with all of those she’d loved and lost. Her gentle but strong presence in the life of her family and the community will be missed.

In the Care of

To send flowers to the family or plant a tree in memory of Eleanor Pyke-Miller, please visit Tribute Store
Sunday
30
January

Share Your Memory of
Eleanor
Upload Your Memory View All Memories
Be the first to upload a memory!
Share A Memory
Send Flowers
Plant a Tree