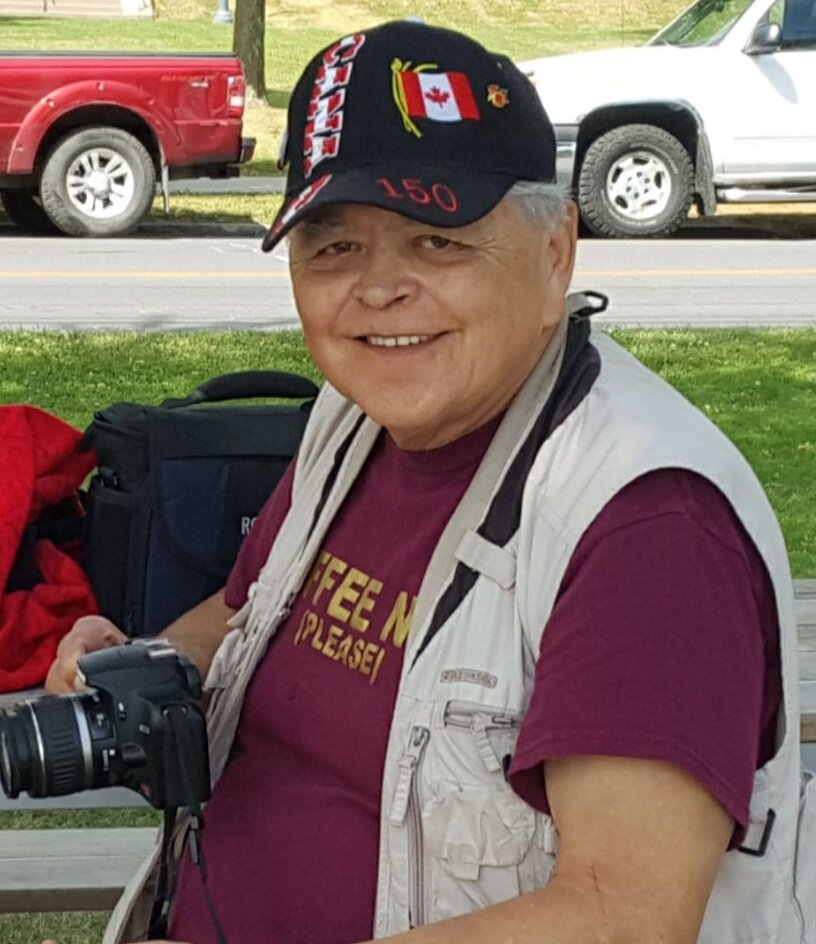 Please share a memory of Marshall to include in a keepsake book for family and friends.
View Tribute Book

Marshall “Butch” Lavern Claus passed peacefully from this world at Lennox & Addington County General Hospital in Napanee, Ontario on January 30, 2022 at the age of 74 after a brief illness. His final request was to go home to be with his God.

Marshall is an Army veteran, a former member of the Black Watch stationed at CFB Gagetown, who also saw a tour of duty in Cypress and was part of the contingent to the FLQ “October crisis” in the fall of 1970. After leaving the forces, he worked in Oromocto before returning to the place of his birth in Deseronto. He is a member of Tyendinaga First Nation and was proud of his Mohawk heritage.

Marshall was a prolific musician. He could play almost any instrument he tried but he enjoyed his Yamaha guitar best. He was also a talented singer who sang in many venues including weddings and especially churches in New Brunswick and Ontario. In younger years he enjoyed sitting around playing and singing with his cousins and friends.  He was also a talented woodcarver and craftsman and he delighted especially in making special gifts for children.

He enjoyed making others smile and he loved his regular routines – shopping; coffee at Tim’s; regular trips to the restaurant, always chatting with the people working there, handing out candy to children and adults alike.

The family would like to thank Pastor Dave Bowbeer and Norm Tucker for their kindness to Marshall the past few years and especially in his final days, helping to coordinate everything so we could say our farewells. We are grateful to the social worker at the hospital, doctor and nursing staff as well. We are especially grateful to all of Marshall’s wonderful neighbours who looked out for him and added joy to his life. Thank you to those who lit candles and laid tobacco at his home to honor his heritage. We thank all family members in the area for their words of condolence and their stories in his remembrance.

Donations to Wounded Warriors Canada or a charity of your choice in Marshall’s memory would be appreciated by the family.

To send flowers to the family or plant a tree in memory of Marshall Claus, please visit Tribute Store
Thursday
3
February

Look inside to read what others have shared
Family and friends are coming together online to create a special keepsake. Every memory left on the online obituary will be automatically included in this book.
View Tribute Book

Share Your Memory of
Marshall
Upload Your Memory View All Memories
Be the first to upload a memory!
Share A Memory
Send Flowers
Plant a Tree