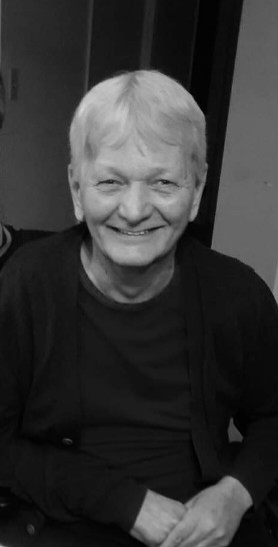 Please share a memory of Clarence to include in a keepsake book for family and friends.
View Tribute Book

With heavy hearts we announce the passing of Clarence zylstra on December 20th, 2022 of cancer. Clarence was 65 years old. Cherished father of Jason Zylstra, Dana Zylstra and her husband Chad Neuman. Proud Grandpa to his only grandchild Max Neuman. Survived by his brothers John and Paul Zylstra and sister Ann Perrault. Predeceased by his mother Ann Therriault and father Klass Zylstra.

Something solemn would not be an accurate portrayal of Clare. He was never lacking in sarcasm or humour while often leaving a trail of laughter. A bit mischievous some might say. Clare would try anything once. He liked to practice his colorful language especially during the Maple Leaf’s and Blue Jays games.

In his early years Clare was employed at Central Bridge in Trenton and recalled many good memories there. He would later pursue his natural talent as a brick and stone Mason.

At the age of 41 Clare endured against the odds a traumatic brain injury that had a profound effect on the lives of himself and his children. He was admired for his display of courage and persistence. He was able to live through difficult conditions trying to overcome cognitive and physical barriers. He kept going despite several setbacks. He would find a joke in every situation and was a fighter until the end. He will be greatly missed by Jason, Dana, Chad, Max, his family, friends and those he's crossed paths with over the years.

A special thank you for the compassionate support of Doctor Mark Dodds.

To plant a beautiful memorial tree in memory of Clarence Zylstra, please visit our Tree Store

A Memorial Tree was planted for Clarence
We are deeply sorry for your loss ~ the staff at M. J. Smith & Son Funeral Home
Join in honoring their life - plant a memorial tree
Online Memory & Photo Sharing Event
Online Event
About this Event

Look inside to read what others have shared
Family and friends are coming together online to create a special keepsake. Every memory left on the online obituary will be automatically included in this book.
View Tribute Book
Services for Clarence Zylstra
There are no events scheduled. You can still show your support by planting a tree in memory of Clarence Zylstra.
Plant a tree in memory of Clarence

Share Your Memory of
Clarence
Upload Your Memory View All Memories
Be the first to upload a memory!
Share A Memory
Plant a Tree